From Genshin Impact to Call of Duty, OnePlus 9R handles gaming like a boss 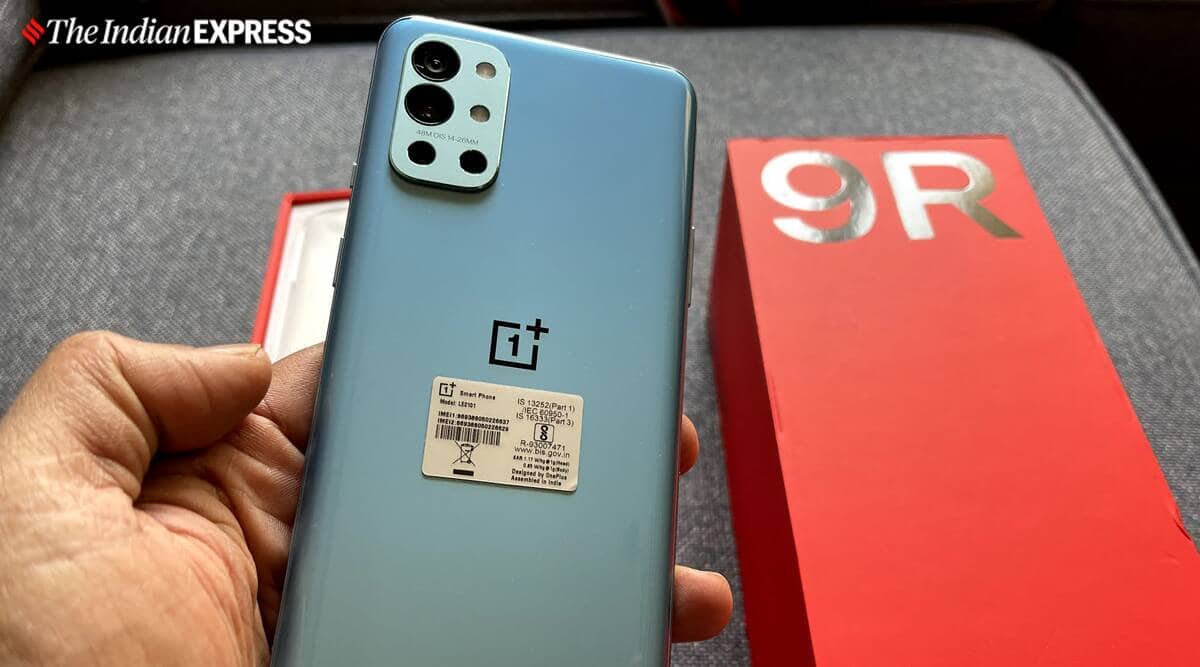 This year, OnePlus launched a gaming phone that has thrown the gaming phone rule book out of the window. Gaming phones were supposed to be bulky, heavy, not-so-premium and well, more about gaming and less about overall smartphone-ing. But the OnePlus 9R is different, as befits a phone coming from the Never Settling brand. It is sleek, slim and has the looks of a premium flagship. But underneath all the design goodness are power-packed specs and features that make it the ultimate gaming smartphone. And this is not just about the spec sheet or benchmarks. Put the OnePlus 9R through games like BGMI, Call of Duty, the Asphalt series or Genshin Impact, and the phone performs without a hitch or even so much as a mild fever.

Smooth graphics – EVERY time (and a Pro Mode too)

The OnePlus 9R is powered by one of the most powerful chipsets in the industry, the Qualcomm Snapdragon 870 and comes in 8 GB /. 128 GB and 12 GB / 256 GB RAM and storage variants. And it is no mere RAM or storage – both are speedy, with the storage being UFS 3.1. This is a phone specced for speed. That means no matter which game you play on it – whether it is the power hungry Call of Duty, Genshin Impact or BGMI, or minimalistic titles like Alto’s Odyssey, you are going to be able to play them with high graphic settings and frame rates – the way they are intended to be experienced.

And if you want the VERY best in gaming, the phone comes with a dedicated Pro Gaming Mode that concentrates all the resources of the phone and focuses them on gaming and gaming alone. This makes the gaming experience – which is already very good – even smoother. There is also an advanced DND option that kills off unwanted distractions by blocking calls and notifications and delivers ultra smooth, distraction-less game time.

While processor and RAM are at the core of a smartphone’s gaming performance, if the smartphone cannot deliver a great visual experience, it basically stands no chance of delivering a great overall gaming experience. Well, all you have to do is load the fantasy laden Genshin Impact or the gritty urban battle landscape of Call of Duty on the OnePlus 9R to realise that the smartphone serves up stunning gaming visuals on the beautiful, tall, bezel-less 6.55 inch full HD+ fluid AMOLED display with a 120 HZ refresh rate.
Genshin Impact’s magical fantasy world has never looked better with its beautiful rivers, fields, flashing swords and elaborate architecture and wizardry. Call of Duty on the other hand looks incredibly realistic with burning buildings, detailed weapons and massive explosions, with bits of masonry falling around you. Even something as basic as Alto’s Odyssey with its minimalistic colours and design takes on the look of a work of art with its beautiful layout and gentle puffs of snow. It is also a display for all light conditions – its maximum brightness is 1100 nits and it comes with a whopping 8.192 levels of automatic brightness, allowing you to game in any light conditions (you will not miss your target in BGMI even if you are in bright sunlight). And as it emits less blue light, gaming for even hours will not be strenuous on the eyes. The 120 Hz refresh rate ensures butter smooth scrolling and action!

Be it Call of Duty, BGMI or Genshin Impact, navigating and playing the game inevitably involves having a few fingers on the display, For instance, in Call of Duty, you use your left thumb to look around, the right thumb to walk or run and then yet another finger to use an article of a weapon. Well, the OnePlus 9R lets you tackle these titles with ease, because its display allows you to use up to five fingers on it simultaneously. What’s more, its 240 Hz sampling rate makes the phone respond to touch much faster, so your commands get executed much faster, which might not seem all that relevant if you are playing a leisurely locked room mystery like The Room or having an endless skiing session in Alto’s Odyssey, but can be the difference between victory and defeat in a battlefield arena game like BGMI where the fastest person on the trigger has a distinct advantage.

Hear every shot fired and step taken in COD

Sound adds another dimension to the overall gaming vibe, and the OnePlus 9R scores a perfect ten here. The phone comes with dual stereo speakers that create a 3D soundscape that literally take you within the game in sonic terms. You can literally hear every creak in the furniture of The Room, and when playing Call of Duty, you will often hear footsteps of your friends and enemies even before you see them, such is the clarity of the sound delivered. You will smile at the mellow, soothing music of Alto’s Odyssey and wince at the screening tyres in Asphalt 9, and jump at the explosions in Call of Duty. Hear hear!

Feel the bumps and crashes in Asphalt 9

It is more than just great sight and sound that makes OnePlus 9R the ultimate gaming phone. To push the gaming envelope a bit further, OnePlus has added an X-axis linear motor to the device which puts the phone on a different level (pun intended) all together. The power, visuals and sound are backed by actual physical responses that makes gaming even more immersive, as the X-axis linear motor creates different vibrations to add to the action happening on the screen. So you will feel different vibrations in your hands when your car skids in Asphalt 9 and when an explosion happens near you in Call of Duty. So you not only see and hear the action, but even feel a part of it. Now, THAT is what we call a gaming expense.

Hours of Call of Duty warfare or battling it out on Battleground Mobile India can push even the most cool, calm, collected flagship phones into a frenzy and get them quite literally, quite hot and uncomfortable to hold. That will never be the case with the OnePlus 9R, no matter how far you push the phone. The device comes with a multi-layer cooling system that uses graphite and copper lined vapor chamber which keeps the device cool even under the most exhausting environments. The phone also has 14 temperature sensors that constantly keep an eye on its temperature and never let it leave the cool zone. Whether it was downloading several GBs of new content on Genshin Impact or battling it out with friends on BGMI, the phone never loses its cool.

…even on the charge while gaming!

The large 4,500 mAh battery in the phone not only makes sure that you never run out of charge, (only out of opponents), but can get recharged from 0 to 100 in a mere forty minutes, so you will not have to part ways with gaming for long. In case you cannot afford to exit the game at all, OnePlus 9R still has you covered. The phone comes with an improved dual-cell design to cut down on the charging speed and IC encryption in the cable which makes using the phone safe and keeps it cool even while charging it while gaming. So keep gunning for your opponents while charging your OnePlus 9R. It can handle anything.
The OnePlus 9R is pretty much the gaming guru of smartphones out there. It has got the looks, the chips, the sound, the feels and is a cool customer as well. The phone is available at Rs 36,999 for the 8 GB/128 GB variant and Rs 40,999 for the 12 GB/ 256 GB variant, from OnePlus.in, as well as OnePlus’ online and offline partner stores and also on Amazon.