It’s never too late to become a Bollywood actor 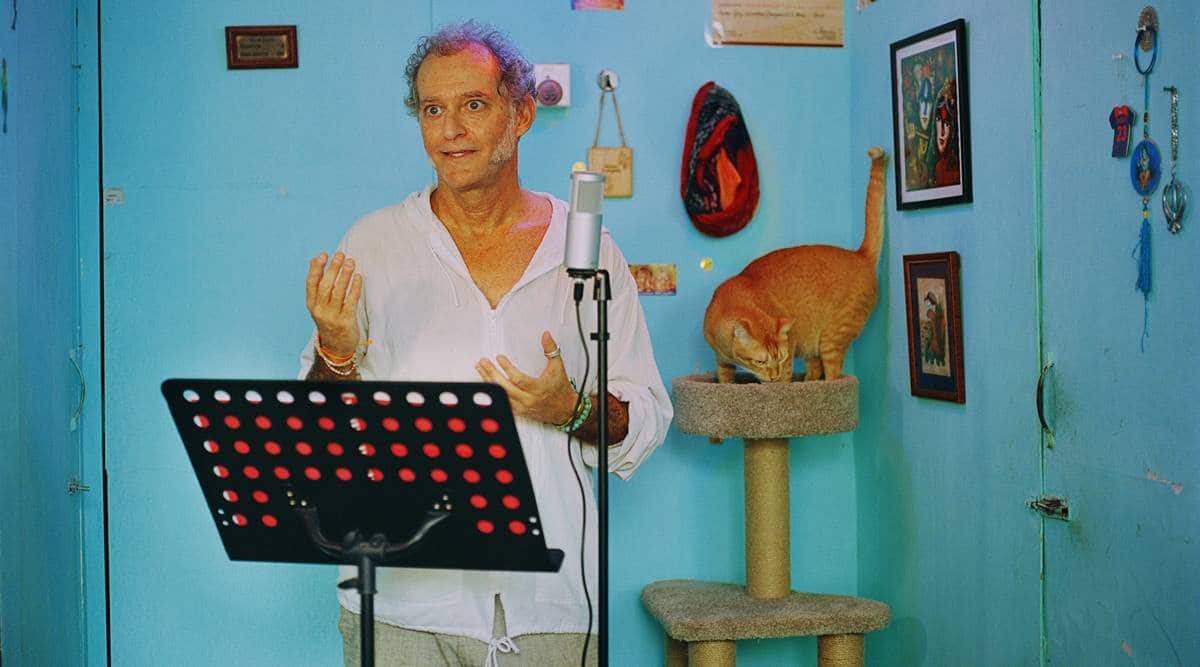 By most accounts, Richard Klein had a pretty good life: a solid job as a teacher at a Hebrew day school in Oakland, California; friends that were like family, and a passion for singing and dancing that ruled his nights and weekends. But one morning, at the age of 45, he woke up and realized that he had yet to embrace his full potential. He wanted to break into Bollywood.

“I’ve always loved performing, and I was listening to Indian classical and devotional music a lot at the time,” Klein said. The 2001 Bollywood epic “Lagaan” inspired him to try and make his passion his profession. “Things have come full circle,” he said, adding that he appears in the 2022 film “Lal Singh Chaddha” with Aamir Khan, who starred in “Lagaan.”

Six months after that fateful morning, Klein, who is divorced and has no children, moved to Mumbai. At first, he lived in the coastal metropolis part time. He alternated between a gig editing subtitles for English-language television shows in Mumbai and tutoring back in California, where he would make enough money to underwrite another six months of trying to make it in the performing arts world in India.

Eventually it paid off. Klein, now 55, has appeared in dozens of Indian films, television shows and commercials, playing such varied roles as a scientist, doctor, chef, spy, and, owing to his ability to nail a British accent, quite often, a “mean British officer.”

Making the change was not without strife. Still, he said he would do it all over again. “I’m in India, you know, the land of reincarnation,” Klein said, “but as far as I’m concerned, I have this one life that I’m dealing with. I want to make the most of it.”

Q: What was your life like before you made this change?

A: I had been living in the San Francisco Bay Area for about 20 years. Mostly, I was a teacher: math, science, computer lab. My nights and weekends were spent doing some kind of performing arts. I’ve always had an affinity toward music. I remember being a little kid, walking through the park, singing. A stranger walked by, and I sort of got quiet. My mom said: “Don’t be shy. You sing out loud and don’t worry about anybody else.”

Q: What was the watershed moment?

A: I was working as a teacher at a Hebrew day school, and one morning I woke up and thought, “If I don’t do something, I could be here for the next 20 years.” That wouldn’t be a terrible outcome, but it wasn’t the one I wanted.

I studied India in graduate school, when I was pursuing a degree in religion. Learning about India inspired me to adopt the nickname Bhakti, which I’ve used since 1991, though I never changed my name legally. In a broad sense, Bhakti means devotion and love. The word is a reminder to lead with my heart instead of my head, so every time I hear my name, I think of that.

My first trip to India was in 1995 as a backpacker. I absolutely loved it. I went back a few times after that. So I thought: What if I go there, stay, and see what happens? On one of my first nights in Mumbai, I went out to a jazz club. All the performers were foreigners. We got to talking afterward, and I ended up joining their group as a singer, which was my first foray into the performing arts world here.

Q: What was the biggest challenge that you had to navigate?

A: When I first arrived, I was staying in fairly cheap places. A lot of times, there was no hot water in the shower. A lot of times there wasn’t even a shower — most of my time in India, I’ve taken a bucket bath, which is actually great.

Q: How did you go from editing subtitles to acting in Bollywood productions?

A: About four years after moving to Mumbai, I started getting opportunities for voice-over work: corporate presentations, TV and radio commercials that wanted an American or British accent. Then I started getting calls to dub Bollywood movies. Then I got invited to audition to act.

At first, I got background parts. And then, because I’m blessed with an American accent and some vocal training, I started auditioning for and getting speaking roles.

It was a godsend. It was another miracle of India. To be able to learn a new art form now is so incredibly beautiful and such an amazing opportunity.

A: I want to keep going with the acting. There’s so much more to learn. I’m getting a lot of good feedback, and the parts are getting better, and they’re getting more varied. I don’t always play a mean British officer anymore. I’m getting other kinds of roles, bigger roles, and I’m getting more respect. I’m in a beautiful, sci-fi love story called “X = Prem” that comes out in February. It’s my fourth time working with the director, Srijit Mukherji.

Otherwise, I just want to live every day in this amazing country.

Q: How has this new act changed you?

A: Being here gives me the opportunity to be the best version of myself. I wasn’t feeling that opportunity in the U.S. I feel like people here see me the way I want to be seen. I don’t know why. I honestly feel like it boils down to the ridiculous love that I have for this place.

Q: What advice would you give to people who are stuck and looking to make a big change?